Good Signs For Housing In 2015

Housing and jobs are strongly connected. When the economy is expanding, job creation promotes household formation, which in turn increases demand for rental and owner-occupied housing. Other economic drivers of housing include population growth, the need to replace or improve existing housing stock and regional population changes. And to the benefit of the overall economy, all of these factors create jobs in housing-focused enterprises including builders/remodelers, realtors and suppliers and business that provide goods and services to these firms.

For this reason, housing often leads an economy out of a recession by creating a virtuous cycle of improving housing demand that creates jobs and in turn fosters additional demand for construction.

[SEE: Editorial Cartoons on the Economy]

This cycle is important to keep in mind as we enter 2015. A notable 2014 housing-related economic story was the slowdown in home price appreciation as the rebound from earlier declines weakened. For example, the S&P/Case-Shiller 20-City Composite Home Price Index has experienced almost a year of consecutive declines in year-over-year price gains. For October data, the index showed a year-over-year increase of 4.5 percent, down from recent double digit annual gains. So while prices have continued to rise on average, they have done so at slower rate over the course of the year. This development will likely continue in 2015, particularly as mortgage rates rise.

It is certainly the case that rising home prices helped with respect to household balance sheet repair, which was necessary to recover from the wealth declines associated with the Great Recession. Data from the Federal Reserve’s Flow of Funds indicates a $2.3 trillion increase in housing equity for households from the start of 2013 through the third quarter of 2014. Such wealth gains are key to middle class consumption and investment decisions.

That said, home price gains should not be the only scorecard to gauge the housing recovery. In fact, continued improvements for residential construction will have immediate benefits in terms of job creation and economic dividends. And while multifamily construction has posted impressive growth in recent years (2014’s levels were up almost 200 percent from 2011), single-family construction remains only about halfway to normal building conditions.

Further growth for single-family construction will have large, positive impacts for job creation. Estimates from the National Association of Home Builders indicate that for every 1,000 single-family homes built, enough economic activity is created to sustain 2,970 jobs for a year, yielding $162 million in wage income and $111 million federal, state and local taxes and fees. About half of these jobs are in the construction sector, with the rest in associated business that grow when housing expands.

Over the course of 2014, home construction jobs, including remodeling, have grown by more than 132,000 according to data from the Bureau of Labor Statistics. And they are up more than 305,000 over the last three years. Moreover, there’s growth ahead. The National Association of Home Builders is forecasting 25 percent growth for single-family construction in 2015, which would represent single-family construction starts rising to a total of 804,000 for the year.

One reason that single-family construction will grow in 2015 is the expected unlocking of housing demand among prospective first-time home buyers. The market share of first-timers for both new and existing home sales has been weak in the past few years. While first-time purchases typically make up about 30 percent of newly built home sales, industry surveys suggest that this share was less than 20 percent in 2014.

Factors that should reverse this trend include rising incomes and job growth, particularly for younger households, which will have a positive impact on home sales. Evidence that hints of this change can be seen in recent developments regarding the size of typical single-family homes, which have been leveling off as builders accommodate to changing market demand. Meanwhile, growth in existing home sales, where most first-time buyers will enter the housing market, will also create jobs among realtors and other real estate professionals.

Despite the forecasted growth in single-family construction, rental demand should remain strong in 2015. And don’t expect a jump in the homeownership rate, which currently stands at mid-1990s levels (64.4 percent). Most newly formed households will start out as renters, and over time most will transition to homeownership. Job and income growth are needed to spur household formation, which is essential to grow both rental and owner-occupied housing demand.

Nonetheless, the signs suggest 2015 will be positive for housing, which in turn will generate benefits for the overall economy. So while the headlines may focus on noticeably smaller gains in housing prices, don’t forget about the large economic impact that will come from a still recovering housing market as it transitions to more normal conditions and higher levels of activity. 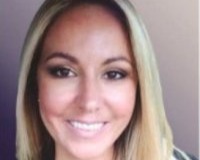 Want to Advertise on this Site?

Give Your Home Extra Love This Month

Love is in the air! As we prepare to show our significant other, family and friends just how much we care — don’t forget to show your home some extra attention this month, too! Share the love

A Steal Of A Deal

Below you will find advice on avoiding common heating and air conditioning problems in the home. As Heating & A/C have the potential to be a very expensive fix in a home, we find these maintenance

Should you require assistance in navigating our website or searching for real estate, please contact our offices at 908-377-5953.

Information Deemed Reliable But Not Guaranteed

The data relating to real estate for sale on this website appears in part through the BRIGHT Internet Data Exchange program, a voluntary cooperative exchange of property listing data between licensed real estate brokerage firms in which participates, and is provided by BRIGHT through a licensing agreement.

The information provided by this website is for the personal, non-commercial use of consumers and may not be used for any purpose other than to identify prospective properties consumers may be interested in purchasing.

Some properties which appear for sale on this website may no longer be available because they are under contract, have Closed or are no longer being offered for sale.

All information is believed to be accurate but is not guaranteed. Protected by Copyright© 2020 and is owned either by the Monmouth County Association of REALTORS; or by the developers of the software, Kunversion, LLC. All rights reserved. Each office independently owned and operated. The New Jersey Real Estate Commission requires every licensed broker or salesperson with whom you list your property to give you a copy of this notice. The purpose is to help you comply with the New Jersey Law Against Discrimination (the "LAD) and federal laws prohibiting discrimination in the sale or rental of real property. In New Jersey, it is illegal to discriminate against a prospective or current buyer or tenant because of race, creed, color, national origin, sex, gender identity or expression, marital status, civil union status, or source of lawful income used for mortgage or rental payments. It is also illegal to place any advertisement or make any statements or utterances that express, directly or indirectly, any limitations to offer housing based on any of those characteristics. Show More...

The data relating to real estate for sale or rent on this web site comes in part from the IDX program of the Hudson County MLS. Real estate listings held by brokerage firms other than RE/MAX are marked with the HCIDX mark and the information about them includes the name of the listing broker. The information provided by this website is for the personal, non-commercial use of consumers and may not be used for any purpose other than to identify prospective properties consumers may be interested in purchasing or renting. Show More...

The data relating to real estate for sale on this website comes in part from the IDX Program of Garden State Multiple Listing Service, L.L.C. and RE/MAX . Real estate listings held by other brokerage firms are marked as IDX listing. Information deemed reliable but not guaranteed. Copyright © 2020 Garden State Multiple Listing Service, L.L.C. All rights reserved. This information is being provided for Consumer's personal, non-commercial use and may not be used for any purpose other than to identify prospective properties Consumers may be interested in purchasing The dissemination of listings on the website does not constitute the consent required by N.J.A.C. 11.5.6.1 (n) for the advertisement of listings exclusively for sale by another broker. Any such consent must be obtained in writing from the listing broker. Show More...

The data relating to real estate for sale on this website appears in part through the TREND Internet Data Exchange program, a voluntary cooperative exchange of property listing data between licensed real estate brokerage firms in which RE/MAX participates, and is provided by TREND through a licensing agreement.

By registering, you agree to our terms of use and that real estate professionals and lenders may call/text you about your inquiry, which may involve use of automated means and prerecorded/artificial voices. You don't need to consent as a condition of buying any property, goods or services. Messages/data rates may apply.